Macron is pushing the French language in ways not seen before

From the start of his first term as France’s president in 2017, Emmanuel Macron made the relaunching of French as a world language his prime cultural project.

For some three centuries, the status of French as an international language was seen as a key asset for the French nation. It is spoken across some 106 countries and is an official language for 32 States and governments.

France benefited from its “ownership” of the language in which many of the world’s influential political, commercial, intellectual and artistic discussions were conducted. Even half a century ago under presidents Charles de Gaulle and Georges Pompidou, however, there was already a perception that it was losing ground. Important discussions were increasingly taking place in other languages, especially English, which had begun to establish itself as the world’s dominant lingua franca.

More recently, the defenders of French have accused France’s own elites of surrendering to the embrace of English, or “globish” as some of its international variants are sometimes disparagingly labelled.

Macron sought to reverse this spirit of surrender in a series of high profile speeches and ventures. His ideas were showcased most prominently in a speech at the Institut de France in Paris, but also fleshed out at presentations in Ouagadougou, Frankfurt, Yerevan and the Sorbonne.

More tangibly, his grand new 185 million euro architectural project, the Cité internationale de la langue française cultural site, is preparing to open its doors just outside Paris in Villers-Cotterêts. The purpose is to project French afresh to the world as a historically rooted but forward-looking and dynamic global language.

In a recently published paper, I explored why Macron took on this “reprojection” of French and how his approach differed from those of his predecessors. I looked at the difficulties it ran into and how it related to another of his early political priorities, the recasting of relations between France and Africa.

French used to be seen as one of the two languages (with English) that would give its speakers maximum direct access to the corridors of diplomatic influence, the cutting edge of intellectual innovation, and the negotiations of business opportunity.

But the importance and attractiveness of French can no longer be taken for granted. Over the last three decades or so, English has indisputably become the dominant working language of the world. And other languages such as Mandarin, Arabic, Hindi, Spanish and Portuguese have risen in prominence along with their respective geopolitical regions.

In my paper I considered what was new about Macron’s approach, how it took account of the new global linguistic environment, and how successful it might prove to be in the long run.

Firstly, Macron looked to position the language in a new transnational space. The language was no longer to be centred on France itself as a nation. He presented it as a “sphere” whose “epicentre” was in the “heart of Africa”.

The withdrawal of the UK from the European Union meant that, in Macron’s eyes, the French language had a new place in Europe. He nevertheless contended that its core future lay, above all, across Africa, the language’s key geopolitical region.

Macron made much of the predictions that by 2050, the language could grow from some 300 million speakers worldwide to an estimated 750 million, and that 85% of these would be in Africa. (Such predictions depend a lot on educational trends and decisions taken in Africa in the coming decades.) The remaining 15% would largely be in Europe and Francophone Canada.

Secondly, Macron reached for new ways of imagining French as an object of desire for prospective speakers. Traditionally, French was often set apart from other languages as pure and precise in expression.

Macron deployed alternative images drawn in particular from Francophone African and Caribbean authors. These presented French as a vivacious and hybrid language, rubbing up creatively against other languages to create new forms of expression.

Thirdly, and more pragmatically, Macron aimed to present the French language as delivering tangible benefits to its ordinary speakers. This was something his predecessors had not had to spell out as they relied on the language’s former aura as a prestige, elite language.

But Macron argued in his Institut de France speech that as a language with international reach it gave its speakers access to a wider range of educational resources, employment opportunities and information sources. And it helped to prevent the world succumbing to the flattening effects of a single global lingua franca.

It even, he suggested, had a special role in protecting the standing of other African languages with which it was in contact, through programmes such as bilingual immersion schooling.

Audiences such as the students at the landmark Ouagadougou speech in November 2017 were not all convinced by this. Macron later had to counter their suspicions he was wanting to protect French ‘against’ other African languages.

Such suspicions were not the only obstacles facing Macron’s championing of the French language.

His attempts to recast the France-Africa relationship ran into many problems. He wanted this to be seen henceforth as a relation of mutually beneficial exchange, becoming gradually free of the heavy legacies of colonialism and the often murky dealings of the post-independence era.

But there has been toxic military stagnation in the Sahel, the rise of anti-French popular sentiment more widely in West Africa, the denunciation of “condescending” modes of address from the likes of new juntas in Mali and Guinea, and spats over historical memory with the Algerian government.

The political promotion of French has also become more fraught. A detailed report in 2021 on the 1994 Rwanda genocide attributed partial responsibility to a desire under President François Mitterrand to preserve a strained “Francophone” sphere of influence.

And under Cameroon’s government, violent developments showed that the promotion of French in Africa could not be reduced to a narrative about shared benefits.

Indeed, leading African intellectuals Achille Mbembe and Alain Mabanckou argue that French is indeed a vigorous and thriving African language. But that its development will be hindered if it is ostentatiously attached to the foreign policy interests of the French nation.

The future of French in Africa

French will only continue to embed itself durably as an African language if it is clearly perceived as being in their own interests by Africans themselves. This is the only approach that will stop the recent full – or partial – tilting to English in countries like Rwanda, Gabon and Algeria from becoming an ineluctable process.

Public debates about the opening of the Cité internationale de la langue française should give an early indication as to whether Macron’s emphatic championing of the French language will continue into his second term. And with what modifications.

31 Aug 2022
Every year, in August, our country marks Women’s Month, where we pay tribute to.
Read More 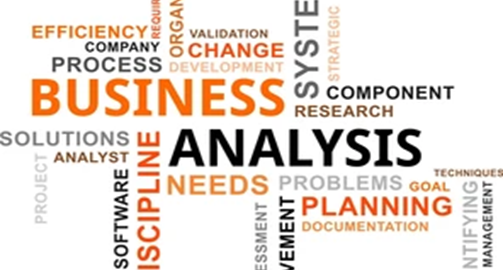 25 Jul 2022
From: goatsontheroad.com, flexjobs.com During these challenging times, having various income producing options is the way.
Read More 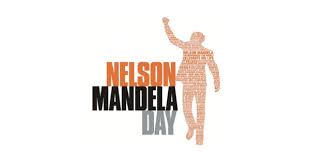 21 Jul 2022
Nelson Mandela Day is about inculcating a culture of service that lasts beyond the.
Read More
17 Jul 2022
South Africa’s economy has taken some heavy body blows: can it recover? Heavy rains in.
Read More