Over the past few years, the world’s supply chains have been strained and disrupted by the COVID pandemic, Russia’s invasion of Ukraine, and rising geopolitical tensions. These started with the US-China trade war and then intensified following the war in Ukraine.

In response to the cumulative economic and security fallout that has ensued, some advanced countries are now ramping up efforts to divert their supply chains away from countries that are not like-minded and that don’t have shared common values.

This new supply chain strategy is called “friend-shoring.” Advanced countries are creating friend-shoring alliances which are, in turn, reshaping our global economy.

These shifts have adverse implications for Africa. The approaches to reconfiguring supply chains currently unfolding threaten to heap more stress on a continent already weighed down by multiple crises.

Africa stands to lose out because the current reshaping of supply chains is not intended to shift trade, investments and jobs towards African trade partners. Rather it’s got to do with efforts by the EU and US to insulate their supply chains from being disrupted for geopolitical reasons by less trusted partners with significant global market share in key raw materials, commodities and other essential products.

Steps can be taken to mitigate the negative economic effects that will be imposed on Africa by this supply chain reorientation. These include forging strong and effective friend -shoring alliances with the advanced economies and defending the rules-based multilateral trading system.

The push for a friend-shoring strategy

In the US, friend-shoring as a policy goal was first proposed by Treasury Secretary Janet Yellen in April this year. In her remarks on the way forward for the global economy, she identified friend-shoring of supply chains as a strategy that could achieve two outcomes. Firstly it could securely extend market access. Secondly it could simultaneously lower the risks to the US economy and its trusted trade partners.

Then during a tour of East Asia in July, Yellen sought to promote the US administration’s proposed friend-shoring policy first in Tokyo and later on in a speech delivered in Seoul. She said:

In so doing, we can help to insulate both American and Korean households from the price increases and disruptions caused by geopolitical and economic risks.

And during a recent visit to Japan and South Korea, Vice President Kamala Harris emphasised the importance of friend-shoring. Speaking in Tokyo she said:

US President Joe Biden has been pushing the same supply-chain strategy in Asia. A centerpiece of the Indo-Pacific Economic Framework he unveiled in Asia is bolstering regional supply chains as part of Washington’s efforts to strengthen ties with trusted Asian partners. And to counter China.

The framework is also a big deal for the US because it brings together economies that contribute nearly 40% of global GDP. Along with the US, its other key members include Australia, India, Japan, South Korea, New Zealand and several Southeast Asian countries.

The Biden administration also unveiled a new US strategy towards Sub-Saharan Africa in August. But, in sharp contrast to the Indo-Pacific Economic Framework, it does not include any specific and concrete friend-shoring commitments for African countries. And appears mainly to be another counter play against China and Russia—the US’s two top adversaries.

While the COVID pandemic certainly played an important role in spurring the shift from dependence to diversification, the war in Ukraine was a tipping point for Europe from an economic and security standpoint. It further intensified the drive to diversify supply lines away from Russian suppliers of critical commodities, especially energy, food, and fertiliser. The strategy is to friend-shore them to countries deemed reliable and with shared strategic interests.

Africa stands to lose out

Africa has nothing to gain from the current reshaping of supply chains. This is because US and EU friend-shoring initiatives heavily favour Asian and Indo-pacific partners. Winners from these initiatives include Indonesia, Malaysia, Vietnam and other Indo-Pacific countries deemed to be trustworthy. Their economies will benefit from the boost given to trade, production plants, jobs and investments.

In addition, friend-shoring also threatens to undermine the World Trade Organisation’s Aid for Trade initiative. This was launched in 2005 to assist developing countries reduce trade costs and thereby enhance export competitiveness. Its significance has steadily increased in the years after it was launched. At this year’s WTO meeting in July, Aid for Trade discussions focused on helping Africa and other developing countries recover and build long-term sustainable development by supporting priority needs they had identified.

These needs include trade facilitation, digital connectivity, export diversification, connecting to value chains, and women’s economic empowerment. They also focused on how environmentally sustainable development can contribute to achieving these priority needs.

Reconfiguring supply chains in ways that exclusively lend a helping hand to current US and EU manoeuvring will only make it more difficult for Africa to benefit from WTO support in these important areas.

What’s to be done?

Looking forward, there are at least three essential things that can be done to mitigate negative impacts on Africa.

First, effective friend-shoring alliances should be included as a centerpiece of the new US strategy towards sub-Saharan Africa. African policy makers should strongly urge the Biden administration to do this and demonstrate commitment on their part to be trusted partners.

Second, the EU should also develop an effective friend-shoring strategy with African partners, even as it pushes for an expansion of intra-bloc supply chains. Again, it is paramount that African policy makers take the lead and justify the importance of entering into a strong friend -shoring relationship with the EU.

Finally, defending the rules-based multilateral trading system is important to ensure that it continues to deliver benefits for developing and least developed countries, including those in Africa.

9 Dec 2022
shutterstock. Ozayr Patel, The Conversation The “Fourth Industrial Revolution” is a term coined in 2016 by.
Read More

28 Nov 2022
BrownSense has partnered with Inhlanyelo Hub NPC to bring you a number of opportunities.
Read More 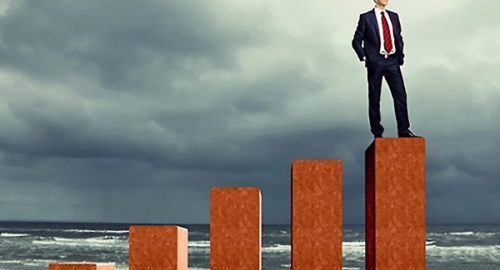 24 Oct 2022
As an entrepreneur, it is important to have grit, passion, and faith in what.
Read More 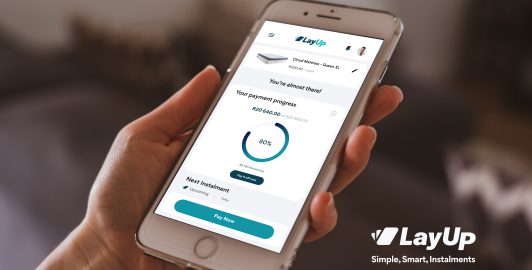 12 Oct 2022
We have recently added LayUp as a payment option on our platform, as a.
Read More

11 Oct 2022
Lightspring/Shutterstock Jolanta Burke, RCSI University of Medicine and Health Sciences For many of us, some personality.
Read More