A device that uses vibration energy to generate electricity is bringing light to energy-poor communities in Sierra Leone, where almost three quarters of the population do not have access to electricity.

Jeremiah Thoronka grew up in Sierra Leone during the civil war and had a difficult childhood. He lives with his mother in a slum on the outskirts of Freetown and relies on firewood for heating and lighting. By the age of 10, he won a scholarship and went to one of the best schools in the local area. By the time, he was 17 he created an optim Energy, built a new unique method of generating energy since it does not depend only on batteries and weather conditions like wind and solar panels.

Thoronka went to Durham and Africa Leadership University, studied BA Honours in Global challenge, he was also working as a secretary general at ALU student representative in 2019-2020, and he is the founder of Sierra Leone Student Conservation organisation.

Having reached the age of 21 now, Thoronka, who has been engaged in solving the problem of a deficit in the country’s energy supply for the third year in a row, is engaged in solving this problem, which he has faced since childhood. When he enrolled at African Leadership University in Rwanda, he founded Optim Energy, an innovative company dedicated to the production of electricity.

As part of its pilot program, Optim Energy tapped into several districts and conducted a successful pilot program, where the local population readily accepted a novelty. Two devices were used by the start up in order to provide electricity to 150 houses with a population of 5 thousand people, as well as 15 schools. In addition, Thoronka has released a calculator that tracks how much energy people consume depending on how many appliances they use.

The work of vibration devices does not depend on the weather as solar and wind stations do, so this is a source of electricity that has advantages over some alternative installations for energy generation. Its biggest advantage is the lack of batteries and the need to connect to an external power source that is necessary for the invention to function. Another advantage of this invention is that there is no need to use batteries.

Thoronka has received international recognition for his work. He was awarded the Commonwealth Youth Award in March of 2021, which recognizes five young people each year who make a significant difference in the lives of their fellow citizens. In order to provide electricity to about 100 thousand people in Sierra Leone by 2030, Thoronka intends to spend his prize of 8 thousand dollars on the deployment of devices in several cities and coastal regions of Sierra Leone.

Jeremiah says that he wants to develop a sustainable energy system and educate people to improve energy efficiency and stop the abuse of natural resources. 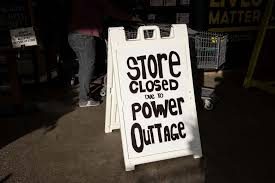